CCL HR organized an orange-based theme with a fun-filled Mid-Year fiesta for its employees, the fiesta was held at the CCL Head Office in Lahore which was attended by nearly 250 staff members at the Kashif Sajjad Auditorium. The event commenced with business updates in an interesting weather forecast format, followed by updates from Pakistan Operations events and happenings of the last six months. New members of the CCL family were welcomed by inviting them to the stage and having a fun quiz to win souvenirs.

CCL Champs were announced and won the cash prize which was decided in the previous fiesta. Safia Anwar and Ali Maudoodi were Value Champs for receiving the maximum Value Appreciation Cards, while Sarmad Farid, Muhammad Akram, Ausaf Ahmad were declared Value Champs in giving the maximum Value Appreciation Cards. CCL Unsung Champs were also announced from every department and received recognition from their concerned department Directors. 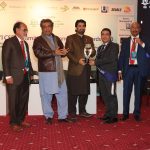 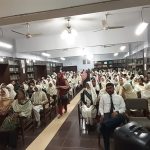