CCL employees pledge to give back to Pakistan diligently

LAHORE, AUGUST 2019: Over 200 employees of CCL enthusiastically gathered this week at the Kashif Sajjad Sheikh Auditorium to celebrate Pakistan’s 72nd Independence Day. Every year on 14th August, CCL’s offices come alive in a celebration of independence and national pride. Both the Head Office and CCL’s Plant were decorated with green and white balloons, green buntings and paper flags celebrating the fruits of freedom and progress. All employees were united via a feeling of patriotism as everyone wore green and white traditional clothes and proudly put on badges representing Pakistan’s flag or Pakistan’s map.

Zohaib Hassan, Talent and OD Manager and Nida Tariq, HR Executive opened the ceremony. They chanted national slogans and patriotic verses in a bid to engage the audience and asked insightful questions about the value of freedom and its meaning. The evening began with a soulful rendition of the national anthem which was followed by an entertaining and rousing musical performance of the in-house band led by Amna Iqbal, Legal Affairs Executive.

“Freedom teaches us to take decisions without any fear, so we can show our passion for growth, excel at innovation, collaborate readily and practice integrity,” remarked Shoaib Ahmed, Chief HR Officer in his Azadi address. “Our values are our guidelines to assist us in everyday work life and teach us the basics, which apply to our business and individual behaviors,” he added.

He gave the example of how OpsCom is practicing transparency in making decisions in compliance with our values and mentioned two new practices, vertical start-up of pre-joining orientation and CCL Buddy, aimed to help new employees settle in happily.

The ceremony was interspersed by interesting historical questions and colorful prizes for the audience. It was followed by a list of Eid-ul-Azha selfies with sacrificial animals and display of 2 mashup song entries by Amna Tariq and Nida Tariq respectively. The audience voted for Amna Tariq who won a cash prize of PKR 5000/ for her singing ability.

“I hereby take the pledge on behalf of all employees, that we will diligently give back to our country in the best possible fashion,” remarked Dr. Shahzad Khan, CCL’s MD and CEO in his pledge address. “If you are doing your job well at CCL, you are contributing to the economy of Pakistan, as we are the 2nd largest exporter of pharmaceutical products in Pakistan and a large tax payer,” he added.

The highlight of the evening was the flag-hoisting ceremony in the front lawn of CCL’s Head Office, which coincided with a generous aerial shower of rose petals. Later Dr. Shahzad Khan planted a sapling in the lawn and the rest of employees also followed suit planting over 1,000 saplings in CCL’s offices and the Plant calling it ‘go green, grow green.’ A similar ceremony was held at the Plant the following day. 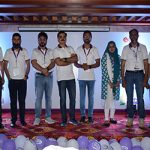 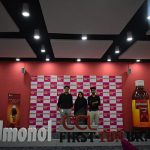