The International Operations (IntOps) team launched a public awareness campaign this year to mark World Stroke Day from the platform of Partners in Prevention. World Stroke Day is observed on October 29 to underscore the serious nature and high rates of stroke, raise awareness of the prevention and treatment of the condition, and ensure better care and support for survivors.

“Around the world there are approximately 80 million stroke survivors with the right care and support. Our sales team in Afghanistan and Cambodia celebrated the day with doctors and communicated the campaign objective of enhancing public responsiveness towards this disease,” remarked Azeem Suleman, General Manager IntOps, CCL.

Posters in local languages were displayed in chambers and health institutions, whereas information leaflets about stroke prevention were distributed among the health community. The core idea behind the campaign was to highlight the fact that stroke is preventable by taking some actions to reduce the risk of the disease. If someone has diabetes, heart problem or history of stroke/TIA, patient should talk to a doctor about stroke risks and its preventive treatment. 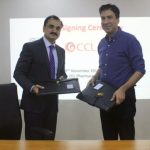 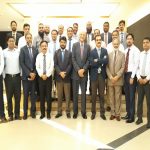