What Levetiracetam has to offer for epileptic pediatric patients

Epilepsy is a common childhood illness,which pediatricians deal with, in the outpatient departments and may account for 0.5- 1 % of all prevalent pediatric illnesses, the mainstay of treatment in epilepsy is pharmacological intervention.

Levetiracetam is an antiepileptic drug (AED) used as monoor adjunctive therapy in the treatment of children and adolescents with epilepsy. It is a second-generation broad-spectrum antiepileptic drug and was approved by the US-FDA in 1999 as an add on therapy for epileptic seizures. In 2006, it was licensed as a mono therapy, but only in Europe, for adults and children from 16 years of age with focal onset seizures with or without secondary generalization and in the 20 years since its introduction, it has become one of the first-line antiepileptic agents.

A recent meta-analysis of 13 major randomized control trials (RCTs) comprehensively compared the efficacy of levetiracetam in the children and adolescents under 16. Around 1,013 patients met the criteria for inclusion in this meta-analysis and the study data was observed from 2007-2016. This meta-analysis included trials from all over the world including China, USA, Germany etc. and compared levetiracetam with other AEDs including valproate, oxcarbazepine, carbamazepine.

In the same meta-analysis, a study represented that during follow-up of 18–24 months, 90.5% patients in the levetiracetam group and, 72.2% in the oxcarbazepine group were seizure-free. Likewise, there were 5 RCTs which compared levetiracetam with oxcarbazepine, and there were no significant differences among them; similar situations were also found for valproate, sulthiame, and carbamazepine.

Maximum dose of levetiracetam is 3000 mg/day for adult patients and 60 mg/kg body weight for pediatric patients. It is the darling drug of clinicians treating epileptic pediatric patients the world over. The recommended levetiracetam dose for pediatric patients in primary generalized tonic clonicseizures and partial onset seizures is 20 mg/kg in 2 divided doses (10 mg/kg BID) and may be increased every 2 weeks by an increment of 20 mg/kg to the recommended daily dose of 60/ mg/kg (30 mg/kg BID). Levetiracetam has been studied in clinical studies as an option for the treatment of Dravet Syndrome as well. Phase III clinical trials are underway in partial epilepsies to assess levetiracetam as adjunctive and monotherapy in infants. 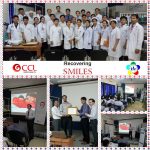 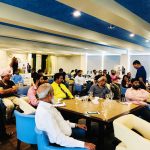