Individuals are diagnosed with overactive bladder (OAB) if they experience urinary urgency, usually with an increased daytime urine frequency (8 or more times duringwaking hours) and nocturia (awakening at night for one or more times) and that is not caused by an infection or other obvious pathology.

Standardization Subcommittee of the International Continence Society (ICS) identifies OAB as a “symptom syndrome suggestive of lower urinary tract dysfunction”, defined as “urgency, with or without urge incontinence, usually with frequency and nocturia.”

OAB is urinary urgency, with or without urge incontinence, usually with increased urine frequency and nocturia.

The worldwide prevalence of OAB was projected to be approximately 20% in 2018. The prevalence of Lower Urinary Tract Symptoms (LUTS)[i], OAB and urgency urinary incontinence is substantial, affecting both women and men.

Overactive Bladder Syndrome (OAB) is a chronic symptom that impairspatient’squality of life. Initial management uses conservative non pharmacological measures, such as fluid advice and bladder training[ii]. Drug therapy using antimuscarinics has long been the mainstay of the pharmacological treatment of OAB[iii]. However, compliance with these drugs is generally poor[iv], due to lack of efficacy as per patient perception and higher antimuscarinicside effects.

In 2012, the FDA approved the first non-antimuscarinic oral medication, mirabegron, to treat patients with OAB symptoms. Mirabegron is a relatively new medication, which works via the sympathetic nerve pathway and stimulates beta-3 receptors, causing smooth muscle relaxation in the bladder. Based on the results of the trials, mirabegron has been found efficacious in reducing a mean number of micturition and incontinence episodes per 24 hours, as well as improved other OAB symptoms and quality of life measures.

Mirabegron has been studied extensively, with more than 10,000 subjects involved in research studies over approximately 10 years. The safety and efficacy was evaluated in five global trials (two in phase II and three in phase III) comparing various doses of mirabegron, either with placebo and antimuscarinic agent astolterodine.

Mirabegron is a first-in-class β3 agonist for treatment of OAB in women or men, which appears to have good efficacy and tolerability in all the reported trials.

One potential difference between mirabegron and antimuscarinicsis anticholinergic side effects, including dry mouth and constipation. The SCORPIO trial and TAURUS trial did see an increased risk of dry mouth in the tolterodine group, compared to mirabegron.

The pooled analysis[v] from the major phase III studies namely SCORPIO, ARIES AND CAPRICORN shows discontinuation rates as the side effects were less with mirabegron patient pool in comparison with those of placebo and tolterodine.

SYNERGY II was multinational, randomised, double-blind, parallel-assignment, active-controlled, multicenter phase III study in men and women with symptoms of “wet” OAB (urinary frequency and urgency with incontinence) for 3 months. The study was conducted from March 2014 to September 2016 in 32 countries. It found that a combination therapy with mirabegron and solifenacin was statistically superior to either mirabegron or solifenacin alone, in reducing the number of incontinence episodes and micturition. Treatment related side effects including dry mouth was observed less with the mirabegron group than with a combination andsolifenacin groups.

Mirabegron is a first-in-class β3 agonist for treatment of OAB in women or men, which appears to have good efficacy and tolerance. It can be used in patients who have discontinued anti-muscarinic therapy, or who have contraindications for anti-muscarinics. Development of combination therapies may further extend the management options in OAB in the future. 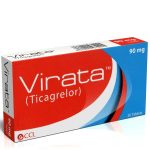 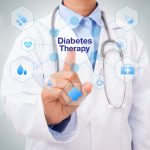