Percutaneous Coronary Intervention (PCI) is proving to be the new milestone of endovascular coronary stenting. It has enhanced survival chances for patients with ischemic heart disease with new entrants expected to take it to the next level with biodegradable stents

Ischemic heart disease, continues to be the number-one killer around the globe. Acute coronary artery blockage due to atherosclerotic plaque inside the coronary arteries leads to limiting blood flow (and therefore the delivery of oxygen) to the heart.

Percutaneous coronary intervention (PCI commonly known as coronary angioplasty) is a non-surgical endovascular intervention technique, which is now the mainstay of treatment in acute presentation of obstructive coronary artery disease including Myocardial Infarction.

Stents may be characteristically thrombogenic (cause thrombotic occlusion of vessel) and during PCI, trauma to the vascular wall may cause the activation and aggregation of platelets in Acute Coronary Syndrome (ACS) patients predisposed to the risk of thrombosis.

Since platelet aggregation may lead to coronary thrombosis in a patient already vulnerable to it, antiplatelet agents are essential adjunctive therapies in patients with acute coronary syndrome undergoing PCI.  PCI armamentarium includes the use of P2Y12 receptor blockers among others. While aspirin is undisputedly considered mandatory (unless there is contraindication to the use) to all patients with MI (STEMI) or non-ST elevation acute coronary syndrome (NSTE-ACS), and unstable angina (UA). It is assumed to benefit equally those undergoing coronary intervention or not. Besides the use of aspirin in these cases, there is a continued risk of re-thrombosis leading to a second event. Here Dual Antiplatelet Therapy (DAPT) comes to rescue in such cases.

DAPT refers to the therapy combining aspirin and a P2Y12 receptor inhibitor (clopidogrel, prasugrel or ticagrelor). Invariably, in all consensus guidelines issued by AHA/ACC and ESC, DAPT has been shown to reduce the risk of major ischemic events in patients with ACS or undergoing coronary stenting.

Antiplatelet therapy is an evolving field and has undergone major changes since its introduction. Clinical limitations and challenging outcomes of clopidogrel in many subgroups of patients have raised major concerns. Hypo-responsiveness and high inter-patient-response-variability of clopidogrel led to the development of the more effective platelet P2Y12 inhibitors prasugrel (a third-generation thienopyridine) and ticagrelor (a cyclopentyl-triazolo-pyrimidine).

Consensus guidelines issued by AHA/ACC and ESC has recommended prescribing Ticagrelor to reduce the risk of major ischemic events in patients with ACS undergoing coronary stenting.

USFDA approved Ticagrelor for risk minimization in patients suffering from acute coronary diseases in July 2011. In Pakistan ticagrelor has been launched only recently in the wake of appropriate regulatory approvals. Daily prescribing dose of ticagrelor is 90mg twice daily with low dose aspirin not exceeding 100mg. The most common side effects of ticagrelor are shortness of breath and bleeding more easily than normal.

USFDA approved Ticagrelor for risk minimization of cardiac deaths and recurrence of episode of ACS in patients.

Ticagrelor is just as effective at reducing deaths in patients with a genetic variant that makes them fail to respond to clopidogrel. Data from over 40,000 patients favors the risk minimizing effects of ticagrelor in ACS patients. The goal of the ticagrelor therapy is to provide maximum protection against thrombosis and re-thrombosis without increasing the risk of bleeding.

A combined use of ticagrelor and aspirin reduces the incidence of vascular deaths and myocardial infarction more than clopidogrel and aspirin. Ticagrelor is better than its predecessors due to its reversible mode of action leading to reactivation of platelet activity within 3 days compared to the similar regain of activity at 5 days after discontinuation of clopidogrel.

Owing to its inherent property as active drug, ticagrelor does not require hepatic bio-activation because of its metabolism by CYP3A4 enzyme. It provides more consistent, more rapid, and more potent platelet inhibition and quicker onset of action than clopidogrel in ACS population reducing the risk of death and diseases due to vascular thrombosis. 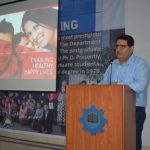 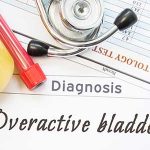